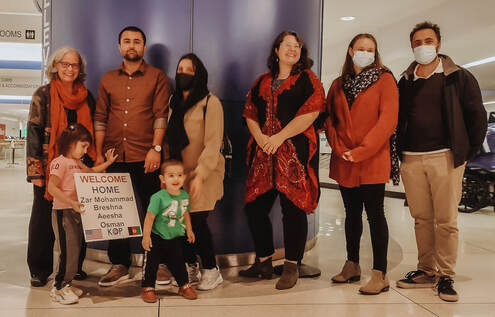 11/01/2022  ​NEWS 8 WROC: KEEPING OUR
PROMISE HELPS FAMILY FROM AFGHANISTAN ARRIVE IN ROCHESTER
​It’s been over a year since U.S. forces pulled troops out of Afghanistan, leaving behind many civilians who assisted the U.S. in carrying out their missions. Local organization Keeping Our Promise is fighting to get those families out of the country to start a new life in Rochester. 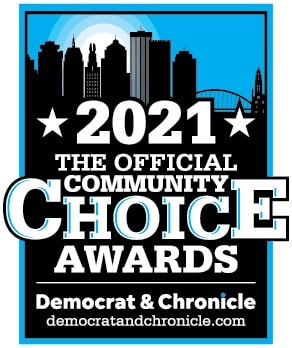 10/19/2022  ROCHESTER AWARD PROGRAM: KEEPING OUR PROMISE INC. RECEIVES BEST OF ROCHESTER AWARD ​
Keeping Our Promise Inc. has been selected for the 2022 Best of Rochester Award in the Non-Profit Organization category by the Rochester Award Program.
Organized by Zainab, a KOP resettled Afghan. Community members in Rochester protested on Saturday, saying they want the United Nations to stop the attacks on Hazaras in Afghanistan and to recognize the attacks as genocide.
Since the Taliban takeover in 2021, attacks against Hazaras have become common, and girls attempting to go to school are at particularly high risk. Ellen Smith, Zainab Hussaini, and Ferdows Ahmadi discuss the atrocities.
One year after the fall of Kabul, Rochester has welcomed a growing number of Afghan refugees. As the New Yorker puts it, the Biden administration has a hellish task of trying to support the Afghan people still in the country, without empowering the Taliban. Meanwhile, the Special Immigrant Visa program is still working to pull more people out of harm's way.
We discuss what has changed, and what is happening here. Our guests:
This summer marks one year since the U.S. withdrawal from Afghanistan. The local organization Keeping Our Promise helps refugees from Afghanistan who served the U.S. military and government and could be facing retribution from the Taliban.
This hour, we discuss the state of the Special Immigrant Visa program, and our guests share their remarkable stories. Our guests:
Afghan natives on their escape from the Taliban, and an update on the SIV program
In the first hour of "Connections with Evan Dawson" on Wednesday, March 16, 2022, a young Afghan couple describes their escape from the Taliban. They came to Rochester with the support of the local nonprofit organization, Keeping Our Promise.

Smith weighs in on the situation in Afghanistan and the state of the evacuation. Our guest:

Ellen Smith, executive director of Keeping Our Promise
WXXI Radio discusses the new CBS show "United States of Al." Joining Evan are KOP Executive Director Ellen Smith; Veterans for American Ideals Chris Purdy; SIVs Jamil Haidari and Samim Rahimi. The new CBS sitcom called "The United States of Al" tells the story of an Afghan interpreter who is reunited with a Marine veteran in the U.S. after escaping the Taliban. It's a familiar story – and an often long and painful process – for interpreters who come to America on Special Immigrant Visas (SIVs) after serving with the U.S. military. Even before it aired, the show's premise was under fire. ​